In the Hangzhou Yuhang Economic Development Zone, a 6-story dormitory building of the Xinhuading Group suddenly caught fire. The fire department dispatched the fire squadron to the rescue immediately. When they arrived at the scene, they found that the second floor was burning violently and the smoke spread throughout the corridor. While controlling the fire, most of the fire fighters were put into search and rescue trapped persons. Fire fighters layered one room, one room and one room and conducted investigations. Finally, more than 60 trapped persons were found inside. These people are mostly corporate employees and their families. In the process of evacuation, most people have committed fatal mistakes. Fortunately, the fire is controlled in a timely manner, resulting in no casualties, otherwise the consequences would be disastrous.

In connection with the rescue records of the fire department, the reporter consulted the fire protection experts of the Hangzhou Fire Department to point out the details of the four escapes that determine life and death.

Scene: Even though the fire fighters repeatedly urged, everyone walked in small steps and they were all straight forward.

Risk analysis: When we looked at the scene of the fire in the movie, everything was very clear. But in the real fire scene, you basically can't see anything. You may become dizzy, and even in a room where you have lived, you can't figure out where the windows and doors are.

After the material is burned, the toxic and harmful gases such as carbon dioxide and carbon monoxide are lighter than the air, and they accumulate in the air, and the air is pushed down. In this case, the closer to the ground, the more air is available for humans to breathe. On the contrary, the more toxic gases inhaled by the more people. If you stand to breathe a few times, carbon monoxide may suffocate you.

Correct practice: When you bend over 45 degrees, you may even need to kneel down on the ground to get out of the fire as quickly as possible.

Mistake 2: Holding the collar covering the mouth and nose

Scene: In the process of evacuating from the fire, most people cover their noses and noses with their collars and throw their arms to run outside.

Hazard analysis: When people escape, their breathing speeds up, and it is easy to inhale toxic gases in large quantities. Although bending down can minimize the inhalation of toxic gases, it is important to use a damp towel to cover your mouth and nose. This is very important. Studies have shown that wet towels filter smoke well in the fire. Ordinary wet towels, such as folding 8 layers, smoke removal rate of up to 60%; such as folding 16 layers, up to 90%.

Correct practice: Use a wet towel to cover your mouth and nose. The more layers you fold, the better the filter effect.

Mistake 3: You can't find the stairs and run blindly

Scene: Because there are more than a dozen rooms on each floor, fire fighters call out people and look for other trapped people. When the fire fighters turn around, they accidentally discover that a group of trapped people do not know which side to go to, even Can not tell the direction of the stairs.

Risk Analysis: People have a habit of light. For example, when the hotel has smoke in the corridor, if the corridor is dark and one end is bright, people are generally evacuated in the bright direction. In a strange fire environment, blindly fleeing in the direction of light, it is easy to stray into danger.

Everyone should be familiar with escape routes in peacetime. When you suddenly encounter a fire, you must first maintain calm and quickly determine dangerous locations and safe locations. Never blindly follow the crowd and crowd each other. When you are in an unfamiliar environment, such as staying at a hotel, shopping in a mall, entering a casino, etc., be sure to pay attention to evacuation routes, safety exits, and stairways, etc. so that you can escape from the scene as quickly as possible.

Mistake 4: Not hiding in the room

Risk analysis: In view of the fire that occurred only this time, both men and women have time to escape. Otherwise, once the fire spreads, the situation of the two people is very dangerous.

If there is a fire outside the room, the escape is also stressful. First of all, you have to confirm the fire outside the room. You can learn about the temperature of the door. It has been found that the fire is hot outside. At this time, we can take measures to create shelters and stay in the waiting position. We should close the doors and windows that meet the fire, open the doors and windows of the backfire, and use a wet towel and a damp cloth to plug the door. Then Do not stop the water from penetrating the room to prevent smoke from infiltrating. Expose yourself to the balcony, window, etc. to make it easier for firefighters to find and rescue.

If the temperature is not high, you should run to the nearest emergency evacuation port and close the door in case of fire. Do not take the elevator.

Do not be smart and hide in the bathroom when you are on fire and think that water can extinguish the fire. As everyone knows, the bathroom is relatively unventilated, hiding inside will be smoked by toxic smoke.

Correct practice: Evacuate to the emergency evacuation exit as appropriate.

Platform Steel Grating should be: with a very wide range, the general factory, workshop, mining, port all kinds of platforms can be used, beautiful style, easy installation, is a replacement of new building products. Can be in the vicinity of the increase in welding plate (ribbed plate), pattern plate guard, installation of accessories and other accessories. Can be used with different specifications of flat steel flattened, or with angle, channel, square tube and other side; also need to often move or open the steel grating to install the handle and hinge.

Platform steel grating for the alloy, building materials, power plants, boilers, shipbuilding, petrochemical, chemical and general factory buildings, municipal construction and other industries, with ventilation, non-slip, strong bearing capacity, beautiful and durable, Easy to clean, install, is a replacement of new building products. Can be in the vicinity of the increase in welding plate (ribbed plate), pattern plate guard, installation of accessories and other accessories. Can be used with the flat steel bearing different specifications of the blanket, or with angle steel, channel, square tube and other side; also need to often move or open the steel grating to install the handle and hinge. 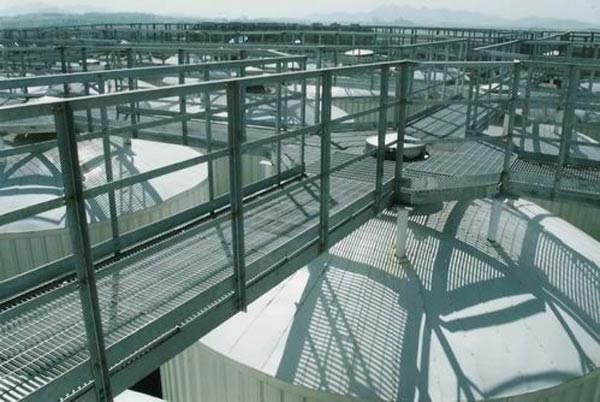 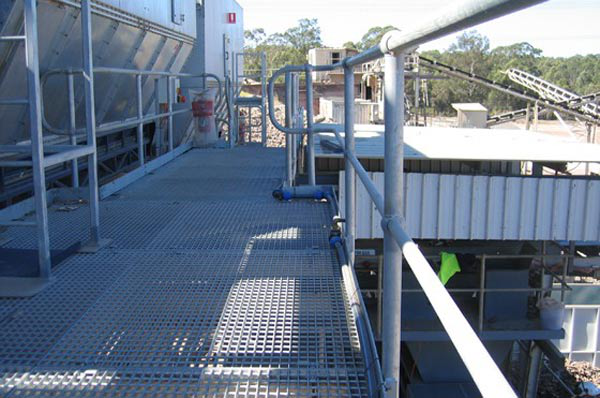 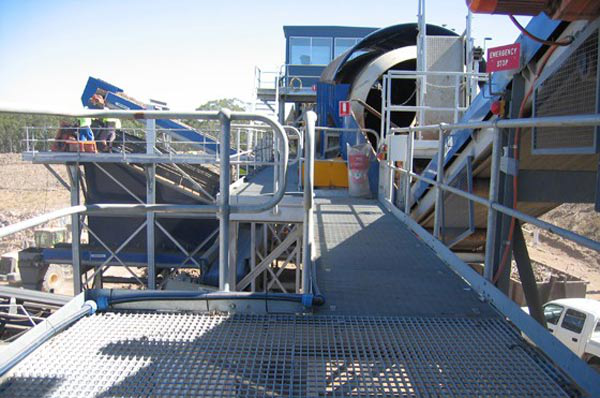