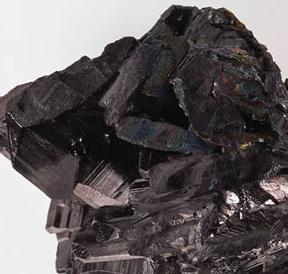 Iron ore giants began to "lower". The collapse of iron ore caused a sharp decline in the profit of iron ore giants. FMG, the worldâ€™s fourth-largest mine, has experienced cash flow difficulties and began to â€œsellâ€ some of its equity in Chinese steel mills.

According to reports on the 18th, Fortescue Metals Group (FMG), the third-largest miner in Australia, plans to sell some of its shares to its largest customer, China's Shanghai Baosteel Group, to raise funds to tide over the difficulties. Affected by the sharp fall in international iron ore prices, FMG experienced difficulties in capital turnover. The company has temporarily suspended several large-scale iron ore development projects.

In response, the reporter telephoned FMG's chief representative in China, Huo Yan, who stated that â€œthe topic is sensitive and related issues need to be contacted by the headquarters. No comment is currently being made.â€ â€œIt was FMG who contacted Baosteel first and had already had this intention early.â€ Informed sources told the "Economic Information Daily" reporter. He revealed that this time it is FMG's global equity plan, but Chinese steel mills should be his preferred partner.

Comprehensive foreign media reports that Baosteel Group will become a strategic investor in FMG and may purchase FMG shares at a price of $4 per share. Considering that the closing price of FMG stocks was only $2.99 â€‹â€‹per share on Thursday, if Baosteel invested and invested at a price of $4 per share, the premium would be as high as 34%. The total amount of funds involved in this transaction may be up to 2 billion U.S. dollars. The reporter contacted Baosteel Group, but as of press time, Baosteel Group did not respond to this issue.

â€œAs an Australian mining company, FMG's expansion speed has been very fast in recent years, but compared to Rio Tinto and BHP Billiton, his mining costs are high, the capital investment cost of the previous period is very high, and the market decline has led to its operation. The capital began to be tight, which is the main reason for this equity. Because China is the largest consumer of iron ore, cooperation with Chinese companies is undoubtedly the first choice.â€ The above sources said. According to a Reuters report, FMG has been caught in a debt crisis as iron ore prices continue to fall, and the companyâ€™s total debt currently stands at US$4.5 billion.

The report also said that FMG is approaching several international financial institutions to attempt debt restructuring. Credit Suisse and JPMorgan have agreed to take over FMG debt restructuring. The deadline for repayment of the first debt may be postponed. As of November 2015.

The above-mentioned sources told reporters that, in fact, Chinaâ€™s demand for high iron ore profits has triggered a rapid expansion of the mine in recent years. With the reversal of the global iron ore supply and demand relationship, the era of iron ore profits began to end. With the high investment and the downturn in the market in the late period, the mines that once had become â€œunpredictableâ€ began to face the situation of falling profits and even operating difficulties. FMG Company is just the beginning.

This statement is true. As the price of iron ore plummeted, the profits of many mines, including the three major mines, began to shrink dramatically. In order to ease the pressure, they even refused to rely on â€œreciprocal price reductionâ€ to sell ore to China. In an interview with the Economic Information Daily on the 18th, a domestic steel mill stated that at present, with the stoppage of domestic mine production and domestic steel mills entering the stage of restocking, in order to seize the opportunity to sell more ore, the recent Australian Rio Tinto and BHP Billiton And Brazilâ€™s Vale is increasing its spot bidding for iron ore, and the mines are also competing for prices.

The reporter learned that the Australian Resources and Energy Economics Bureau will reduce its iron ore export forecast for 2012 to 2013 from the 510 million tons estimated in June to 509 million tons. The export revenue from iron ore is estimated to have been significantly reduced to A$53.15 billion from the previous A$66.94 billion. It also said that the slowdown in economic growth in China, which is the largest consumer country, has caused the countryâ€™s mining industry to lose its momentum and caused iron ore prices to fall. Coincidentally, the Standard Chartered Bank issued a research report on the 17th and said that it expects China's iron ore import prices to drop to an average of US$127 per ton this year, a 11.2% decrease from the previous forecast of US$143.

"I believe that the three major mines have finally realized the truth of 'death and cold'." A person in charge of the China Iron and Steel Association told the reporter of the "Economic Information Daily" that the steel industry has been in a very bad competition for several years, especially since this year began to appear in the entire industry. Loss situation, on the one hand, slow down the growth of the downstream industry, weak steel demand. On the other hand, the original fuel prices such as iron ore are at a high level, and companies face enormous difficulties in reducing costs. In addition, companies are faced with the dual pressures of high costs and tight funding. As the iron and steel industry's operational difficulties are transmitted to iron ore, the mines have relied on monopolies to increase prices for many years, and the mode of crushing steel mills for high profits has been unable to continue. It is understood that with the slowdown in China's economic growth, spot iron ore prices imported by China in early September fell to a three-year low of about $89 per ton, which is a 37% drop from the peak this year. Xu Lejiang, chairman of Baosteel Group, said on the 15th that the market environment and internal conditions have undergone profound changes. In September, iron and steel companies may fall into losses in the entire industry.

The above persons judged that if the iron and steel industry continues to deteriorate, once the price of iron ore continues to decline, coupled with the expansion of overseas mine production capacity, the oversupply of iron ore will become more apparent, and the operating status of iron ore suppliers will continue to deteriorate in the late period, by selling â€œequity "The problem will be increased.

The antislip product, beautiful, functional and environmentally friendly, which gives a full covering of the whole stair and landing area, offer extreme slip resistance due to rubber wearlayer which is chemically bonded to the top surface.

Slip stair treads and landing covers are the ultimate choice for dealing with potential slip hazard areas. Once it is installed stair safety is instantly improved.

Size of stair tread - could be design according to customer specific reqruirements, there are more chice than rubber stair treads.

Durable - Withstands the elements longer than concrete lasting at least 20+ years without replacement.  Also can withstand the abuse of children, bikes, skates and weights.

Safety - Superior and resilient shock absorption characteristics.  Non-slip surface provides a safe application for children to play on.  No more slivers in your feet.  The decorative rubber surface provide years of relaxation.

Attractive - Most tiles and pavers come in six different colours and up to three surface treatments.

Maintenance Free - Once secured, our product provides a wear resistant seal, which is easy to clean and disinfect.  No more staining, painting or replacing broken deck boards

Versatile - Ideal for use as a patio or deck covering, on walkways or entryways.  Other common applications include driveways, play areas and as a wheelchair accessible floor system. 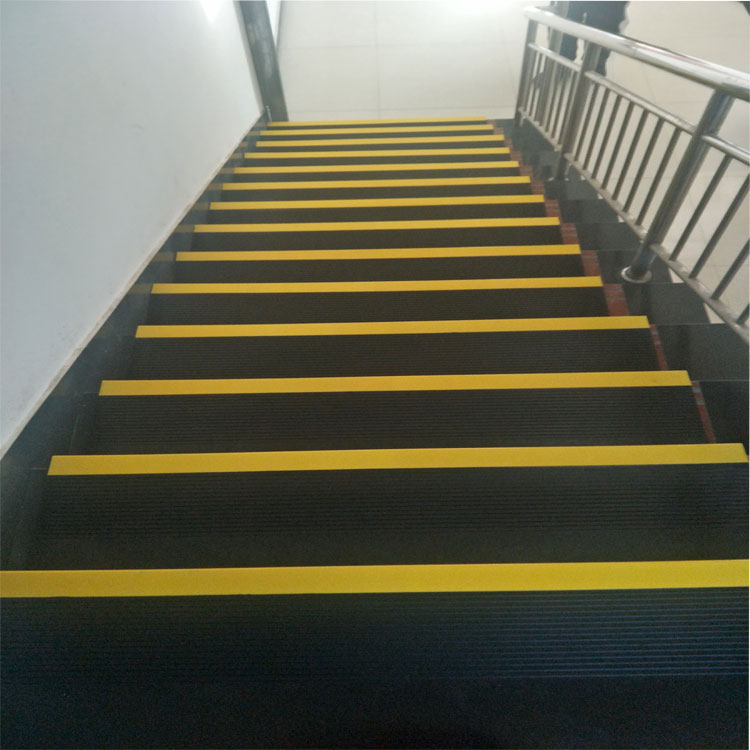 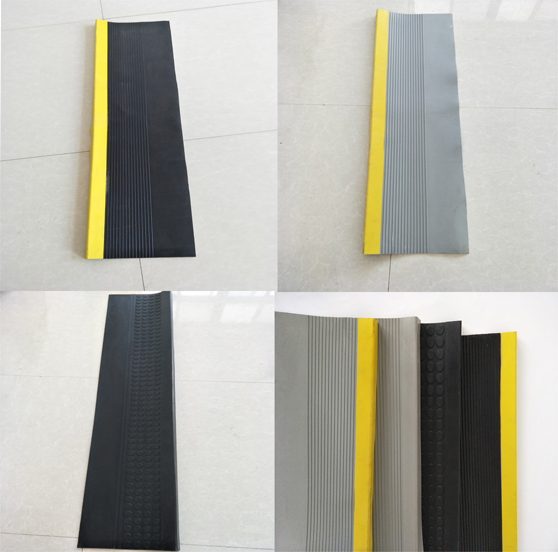 RenqiuXingcheng Rubber Products Co., Ltd. is located in the side of the Baiyang lake, our company is professional manufacturer of rubber products. We are one of the leading rubber company in china,The company is a private enterprise which is engaged in scientific research, production, sales and service and has obtained ISO 9001 certification. Our main business is producing all kinds of rubber products, including anti-skid plates, Rubber Sheet Series, Rubber Mat Series and horse mat series ect., The products are shockproof, anti-wear, anti-high and low temperature, anti-aging, oil resistant and chemical resistant in character.At present, our products have been sold at home and abroad and mainly exported to Canada, Germany, Chile, etc. We welcome domestic and foreign merchants to negotiate and cooperate with us. We are willing to join hands with old and new friends in creating a better tomorrow.